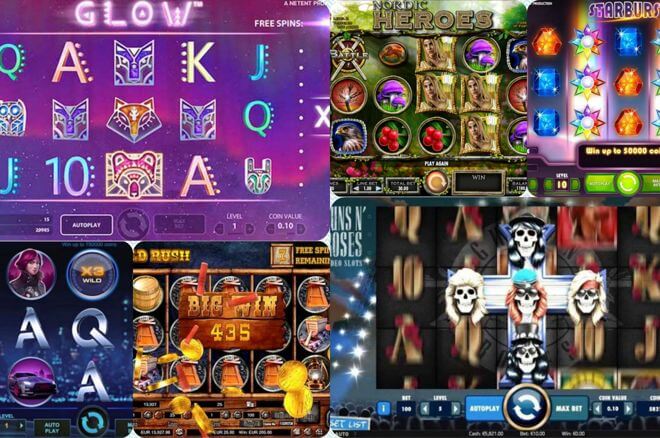 The internet has given the gaming experience a complete overhaul. Most games that required people to troop to casinos can now be played from home comfort on computers. The mobile phone has thrown another spanner in the works, making it to play on the go via mobile casino. The earliest type of casino games to make it to the internet were slot games. Owing to their ease of play and the absence of a casino dealer, creating an online model for slot games was the easiest point for gaming providers to start.

Slot games in general have been around since the end of the 19th century. The concept was born in 1891 when two guys, Pitt and Sittman, cam e up with a manually operated slot machine. Four years later, Charles Fey produced an innovation is the form of a slot machine that could make automatic payments to winners.

It is upon these basic concepts that slot games have been moulded to date. Online slots first came into existence in 1994. They underwent numerous and continuous changes in the consequent years and were already a big thing at the turn of the century.

As internet penetration grew, online slots overtook land based casinos. Today, over 90% of people who play slots do it online. This is as a result of the huge convenience that comes with playing online.

When online slots were first established, the subsequent improvements focused on improving gameplay. They looked to make pay-outs easier and create easy to understand pay-outs. Today, a lot of that has been achieved and focus has shifted from function to aesthetics.
So, who is behind these amazing casino games?

Online slots are software programs created by companies that focus on just that. They bring the game to life then sell them to the actual websites that players refer to as online casinos. The creators of these games are known as ‘providers.’ One provider may distribute the same game to various online casinos.

NextGen is an Australian software developer that creates slot games both for free play and for casino gaming. The company has been in business from 1999 and worked with numerous online casinos during its time. Popular titles like Medusa, Doctor Love and 300 shields are all productions of NextGen.

The house has been creating games since 2006. It came into the market at a time when online gaming was truly taking off, and it is safe to say that it has carved its own niche. The company has been more famous for table games than slot games, but it has its fair share of slots too.

Big casinos like Casumo, LeoVegas, Unibet and Genting have all sourced games from Evolution Gaming.

Microgaming really doesn’t require any introduction when casino game providers are mentioned. The company from Isle of Man has been in the game since 1994; it is safe to say Microgaming was there when it all started. Owing to its longevity in the market, Microgaming has provided software for all established online casinos. Houses like Dunder, Jackpot City and Spin Casino, to name but a few, rely heavily on Microgaming software.

The Mega moolah slot is arguably Microgaming’s most popular creation. The game has a particular appeal to gamers wherever they are found. Other games like Tomb Raider, Major millions and Lotsaloot are also part of the rich Microgaming catalogue.

NetEnt is a premier in online gaming software creation. The company has been around since 1996 and currently one of the most respected game providers. At no time has it showed signs of slowing down, adopting every available tool to create the best games.

Due to this dedication, some of the most popular online slots are from Net Ent. Yes, Starburst is a NetEnt production and has been driving online slots players nuts wherever you go. The company is also the creator of Gonzo’s Quest, another hugely popular fixture. Other games from the company include Fruit Spin, Fruit Case, Dead or Alive, Jackhammer 2, Glow and many others.

Quickspin is a Swedish casino software provider that has been around since 2011. In that duration, its superiority in the market has been evident as it has bagged awards in numerous categories, slot games no less. The company is created for creating numerous slot games, among them Sticky Bandits, Durian Dynamite, Dragon Chase, Hall of The Mountain King, Tiger’s Glory and Hidden Valley.

Quickspin’s potential to churn out great things has been enabled by its link to gaming powerhouse Playtech. With such a strong parent organisation, the company is able to hire the best developers and provide them with the best possible creation resources.

Play ‘n Go joined the online casino software creation fray in 2005. Since then, it has edged its way to the front and often among the pioneers of new gaming ideas especially in slot games. The Sword and The Grail is arguably the company’s most popular creation as of 2019.

There are numerous other live online slots providers and more are coming up each day. The technological growth coupled with the gaming world’s readiness to grow mean a lot more is yet to come. Online slot gaming has a great future.

The Future of Online Slots

Online slots providers have been bringing their A-game to software creation and it doesn’t appear like they are about to stop. As technological advancements pop, developers are lining up to embrace them at the point of their release.

Live online slots are about to get even more immersive. While providers have done a great jobs of creating themes that are as real as possible, they are going to move a step further and create 3D titles. These will make the player’s experience even more real as they will have an extra dimension to see and feel the action.

As the world sinks into 5G connectivity, developers will come up with games that have a virtually seamless transition from one action to the next. This is likely to continue as speeds keep going up over the next decade.